Goa, a small state situated on the western coast is a place bestowed with exuberance and vibrancy. Do you plan to just laze by the beach or do you plan to party for days? This place will suffice the need for a good break from routine that you yearn for. From splendid beaches to grooving and buzzing night life; from scenic landscapes to marvellous quaint churches and temples, everything has a story to share and experience to offer. Goa is a place that leaves a mark on every visitor’s mind.  Lip smacking cuisine, exuberant flora and fauna, dazzling night life and architectural marvels, it has everything that will leave you amazed and astonished.

This region offers beautiful landscapes, scenic beaches and breathtaking mountains. Experience the nature’s bounty to the fullest in Goa.  Other than having adrenal rush with amazing water sports, you can explore the serene mountains, cascading waterfalls, rugged hills and mystic forests.  If adventure is your true love, then you will truly love this place. Dudhsagar ranges have stunning scenery, which will leave you to amaze if you go trotting these quaint ranges. Experience the thrill of enjoying the magnificent waterfalls, which will leave you spellbound. Explore the erratic Anjuna Hills with ATV biking where you can meander in the muddy and groovy slopes.

This place will be a delight for shopaholics too. These flea markets are great places to buy souvenirs for your loved ones. The Arpora Saturday Night Flea Market places to avail and discover the art culture of this region with handcrafted shoes, jewellery, carpets, bags, etc

Visit the Butterfly Conservatory in Ponda

On your way back from the lush spice plantations of Goa you can visit the Butterfly Conservatory and see the most happy and colourful fluttering things in the world. And not just stand and watch, you can feed those beautiful beings with juicy fruits and watch them cheerfully gathering nectar. 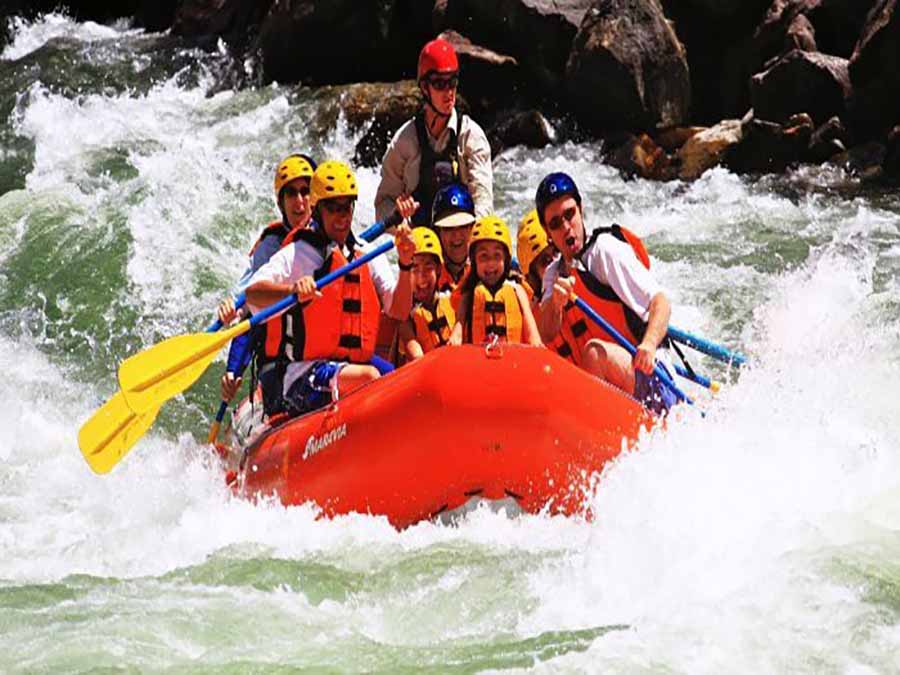 Looking for River Rafting in Goa? Well, Goa Tourism Development Corporation (GTDC) recently introduced white river rafting in Goa on the Mhadei River, at a small village called Ustem in Valpoi, Sattari. GTDC started this wonderful sport in collaboration with a company named Southern River Adventures and Water Sports Pvt. Ltd. People who love adventure sports will find this place no less than a heaven, as it is surrounded by beautiful trees and plant vegetation. Foreign travelers love this place and visit it in large numbers every year.

Best season: The best time to try river rafting in Goa is during monsoon season, which starts from June to September, when the flow is good and surroundings are lush green.

Goa is mainly the dream destination for all the party lovers, because of its pubs and clubs that offer great music, food and booze. At night, this region transforms into a party capital, parties are even organized at the bay like Palolem beach is popular for its silent noise parties, while clubs and pubs like LPK and Montego Bay will offer you amazing music to groove, along with delicious continental food and cocktails. If you want to experience the thrills of poker like Vegas in India, then Goa has amazing casinos to showcase your poker skills and get rich overnight.

For decades Goa’s nightlife has been attracting holidaymakers in their millions. The intersection of beach and party is where the sweetness of Goa tourism lies, pulling visitors year after year. From the hippie communities of the 1960s to the current hipster youth, psychedelic music and ambient live performances have cemented Goa’s nightlife above all else in India. For a more spiritual approach to partying there are numerous bars, retreats and secluded sands that offer a mellow start to the evening.

Baga well known for the party in night clubs, Pubs, beach sacks and the disco. The beach claimed by local for best beach in Goa for nightlife. Most popular Titos lane situated near the Baga beach and the lane is famous for parties in Goa. Titos club group one of the oldest and biggest nightclubs and favorite place to enjoy Goa nightlife.

If you visit the Baga beach, its doesn’t matter you are a Stag, couples or in friends group simply enjoy the Goa nightlife because many night clubs are there which allow stags entry or group of friends. Some of the nightclubs are only allowed couples entry while some clubs allow Stag but in very high entry fees.

Anjuna beach has always been a favorite destination amongst party lover. If you heard about rave parties in Goa, this is the beach where rave party organizes on every weekend.

Since the 1980s, hippies start to visiting the Anjuna beach for parties in Goa. Curlies beach Shack, Club Cubana, UV Bar and Cafe Lilliput are famous nightclubs near the beach, where you can also visit for the party. Anjuna one of the best beach in Goa for nightlife and famed for Goa beach party. Curlies beach shack one of the oldest beach shack in Goa and open 24/7, hit the Anjuna beach if you would like to enjoy a real Goa beach party with non-stop. 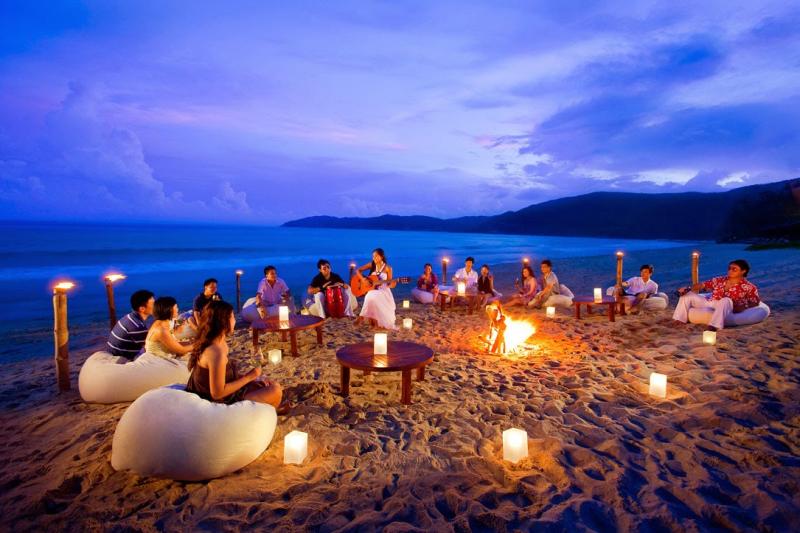 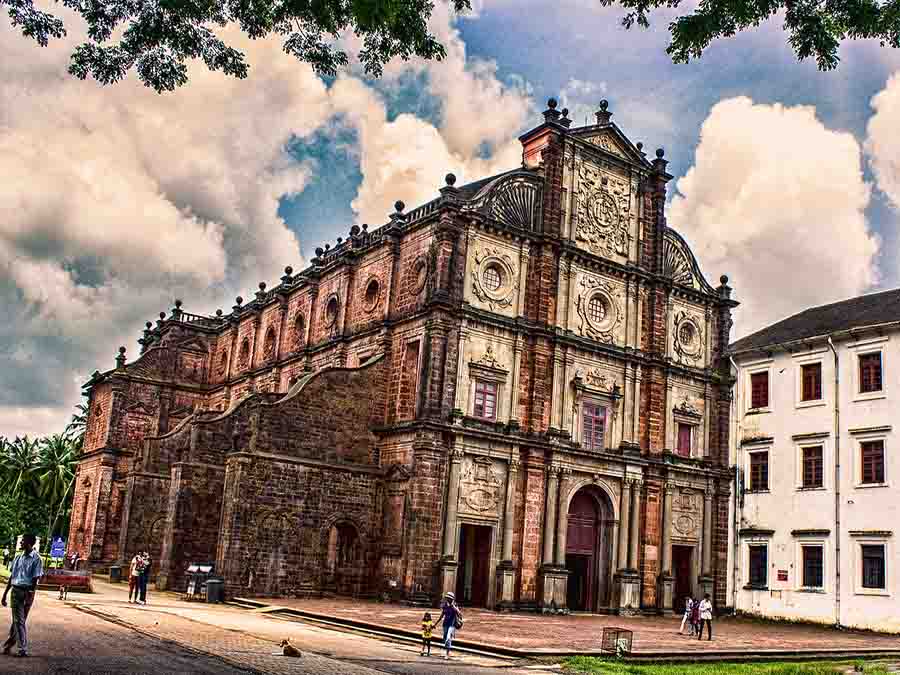 According to mythology, this place was founded by Parashurama, who was one of the incarnations of Lord Vishnu. Some myths talk about Lord Krishna is the founder of this coastal region who named it Govapuri, because of the cattle that thrived in this region. Regional History talks about this place being ruled by dynasties like Mauryas, Rashtrakutas and Muslim rulers. After the European invasion in India, Goa became the colony of the Portuguese. All these rulers have left traces on its culture.

Goa was originally inhabited by Saraswat Brahmin community, who unlike other Brahmin communities relish meat and fish. Later with the intrusion of Portuguese, it went through a major transformation, which is quite evident in the structures, cuisine, and lifestyle of Goa. Portuguese introduced potatoes, chillies and vine to the cuisine of Goa. It is now considered to be one of the westernized states, because of the existence of many ethnic groups, who have permanently settled in this place. Tourists are majorly attracted to the vibrancy of the culture, which comes from the festivals, feasts and carnivals that are celebrated and rejoiced by the locals. Carnival is unique to the state, which lures many foreign tourists to the place. Every year, fests add pomp and gaiety to the region. This diverse state is connected by the love for dance, music and beaches making this place, a party destination for the visitors. 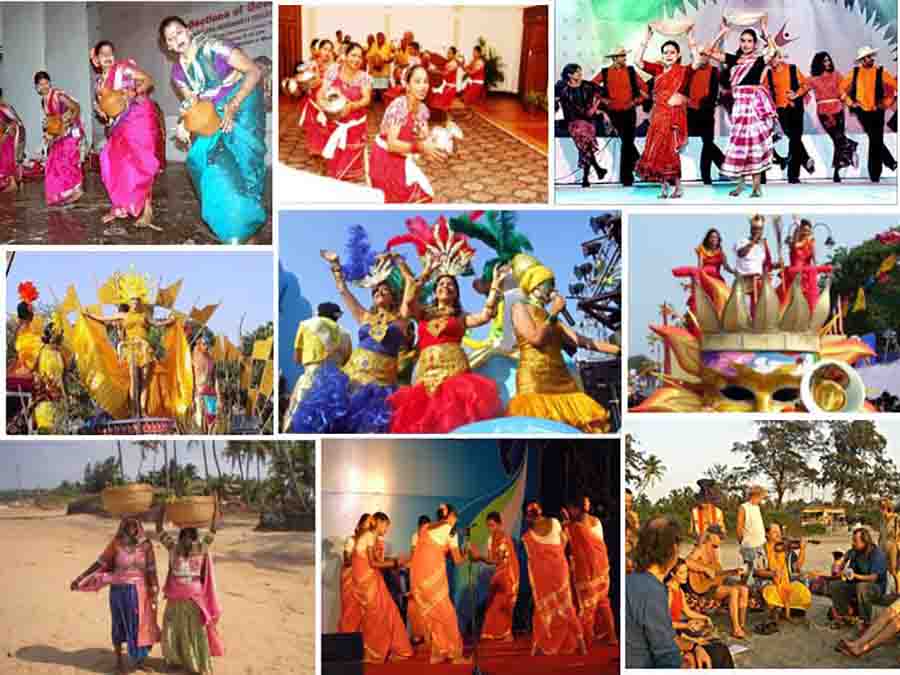 Av 20 November 1250, Goa
Far far away, behind the word mountains, far from the countries Vokalia and Consonantia, there live More info
Book now

Unfortunately there are no tour offers at this location at the moment.

Knight of the sea

Unfortunately there are no car rental offers at this location at the moment.